Stalker Radar manufactures and sells more police radar guns and dash-mounted police radar units than every other U.S. manufacturer combined. Long recognized for their durability and dependability, Stalker’s police radar systems are relied on by over 80,000 law enforcement agencies across the world.

Our top-of-the-line, most advanced police radar. Track up to 4 targets from over a mile away with separate target locking in either moving or stationary mode. Rear Traffic Alert warns the patrol officer of fast-approaching same-direction traffic to help you avoid collisions after traffic stops. 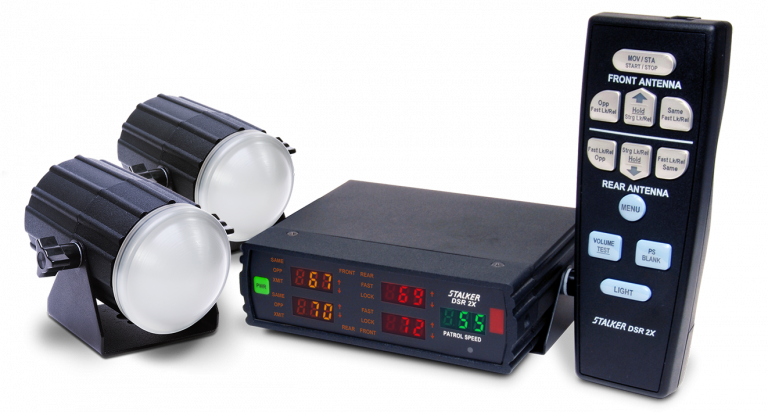 Detect and track vehicles from over a mile away. The instant-on remote gives you the power to detect vehicle speeds before radar detectors can alert drivers of your presence.

The Stalker DUAL SL with manually set target direction and same or opposite direction selection is ideal for urban traffic policing. The Faster Speed Tracking feature makes it easy to distinguish between the strongest signal and the fastest signal when they are both within the radar beam. 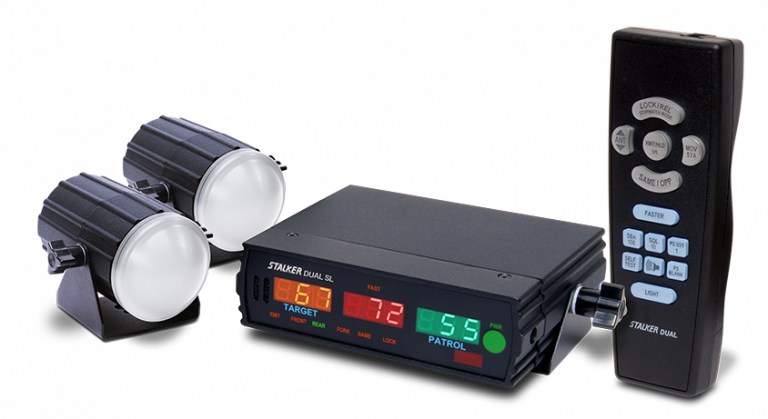 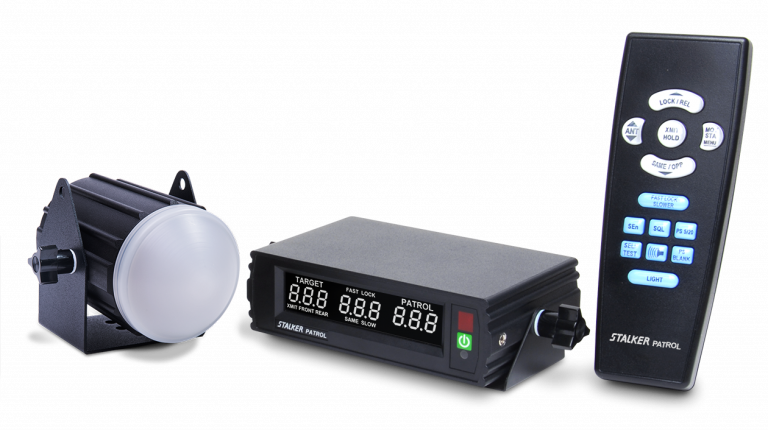 Cutting costs but not corners, the Stalker Patrol was designed to put the quality and reliability of Stalker’s legendary radar products into the hand of departments with tight budgets. An LCD display, 3-window faster speed tracking, and K-band radars come standard.

The Stalker II combines the convenience of a hand-held radar unit with the power, accuracy, and range that Stalker Radar is famous for. Direction Sensing Technology, track-thru lock, and your choice of Moving Directional and Stationary Directional units give you full-size capabilities all in one hand-held police radar gun. Constructed out of die-cast metal, the Stalker II is designed for durability and longevity, shift after shift, mile after mile. 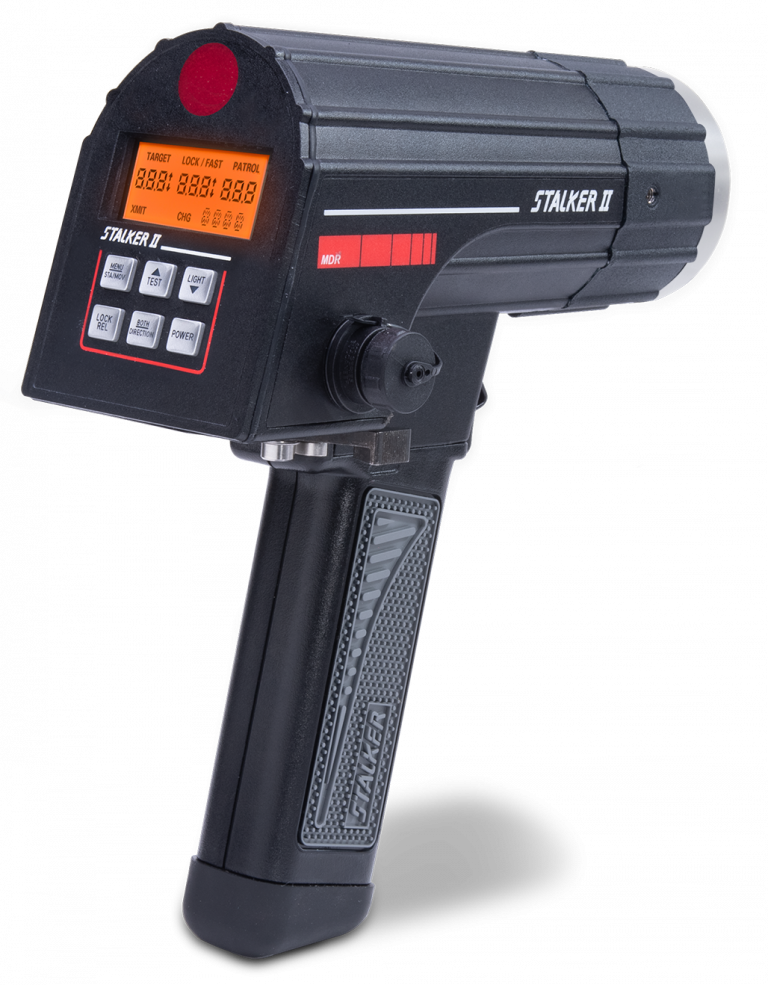 All of Stalker Radar’s hand-held and dash mounted radar units (except the Stalker Patrol) can also be used as police motorcycle radar systems. Waterproof antennas, remote controls, and displays allow you to enforce the law even in bad weather, and custom-designed holsters keep your radar or lidar gun handy.

What Sets Stalker Radar Ahead of The Rest?

Stalker Radar introduced its first police radar in 1989. Our engineers have been involved in almost every significant radar-based product developed since 1970, including:

Our innovative spirit and our absolute commitment to our customers is what keeps Stalker Radar #1 year after year. We design and assemble our radar products at our Richardson, Texas facility, and are Buy America Act compliant.

What’s the Difference Between Stationary and Moving Modes?

Stationary mode is useful if you want to scan traffic while parked on the side of the road. This technology has been used since police radar was invented.

What is Directional Radar?

Directional radar technology allows the patrol officer to measure the speeds of vehicles moving towards the radar or away from it, or even monitor both directions simultaneously. By allowing you to choose which mode you are using at any given time, Stalker Radar products allows for more precise and accurate targeting.

Can Radar Work in Rain? Snow?

Precipitation in any form (rain, hail, sleet, and snow) can reduce the distance at which vehicles can be detected, but it does not affect the accuracy of the readings themselves.

Does Radar Work at Night?

Yes. Radar is not dependent on light at all, and so it offers the same accuracy whether used at night or during daylight hours.

What is the Difference Between K-Band and Ka-Band Radar?

We use cookies on our website to give you the most relevant experience by remembering your preferences and repeat visits. By clicking “Accept”, you consent to the use of ALL the cookies.
Cookie settingsACCEPT
Manage consent

This website uses cookies to improve your experience while you navigate through the website. Out of these, the cookies that are categorized as necessary are stored on your browser as they are essential for the working of basic functionalities of the website. We also use third-party cookies that help us analyze and understand how you use this website. These cookies will be stored in your browser only with your consent. You also have the option to opt-out of these cookies. But opting out of some of these cookies may affect your browsing experience.
Necessary Always Enabled
Necessary cookies are absolutely essential for the website to function properly. These cookies ensure basic functionalities and security features of the website, anonymously.
Functional
Functional cookies help to perform certain functionalities like sharing the content of the website on social media platforms, collect feedbacks, and other third-party features.
Performance
Performance cookies are used to understand and analyze the key performance indexes of the website which helps in delivering a better user experience for the visitors.
Analytics
Analytical cookies are used to understand how visitors interact with the website. These cookies help provide information on metrics the number of visitors, bounce rate, traffic source, etc.
Advertisement
Advertisement cookies are used to provide visitors with relevant ads and marketing campaigns. These cookies track visitors across websites and collect information to provide customized ads.
Others
Other uncategorized cookies are those that are being analyzed and have not been classified into a category as yet.
SAVE & ACCEPT
Skip to content